The Concept of Power in Chinese Martial Arts 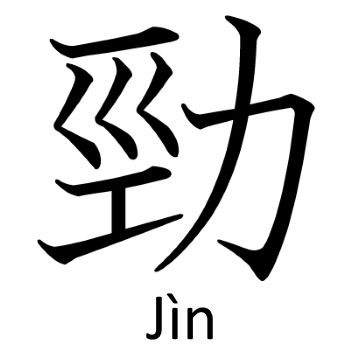 In English terminology, using power in the context of martial arts is pretty simple and straightforward. You may use power, more power, or perhaps ‘explosive power’. So there’s power, and there is ‘bigger power’, and also that ‘explosive power’, which is just ‘power moved at greater speed’… whatever that may mean. But for the Chinese, power is expressed in two different ways, with a clear distinction between them.

One type of Power, the simple type is called Lì, and written like this: 力

That character is basically a drawing of an iron plough. So in effect, Li is that type of thing which plows strongly through the earth, pushing against much resistance.

Another type of Power is Jìn, and is written like that: 勁

Unlike Li, which is just this one drawing, Jin is made of four drawings put together. The one on the right side is the same as Lì 力. We therefore learn that Jìn 勁 is something that already contains Lì 力 within it, but also features additional components.

The character on the left within Jìn 勁, is Jīng: 巠

The character Jīng is made up of three drawings itself:

工 Gōng – Work, or something being in the works.

So quite literally, Jīng巠 hints at: “something working-flowing beneath the whole”, and means either “an underground river” or “to pass through something”. Therefore:

A power that passes through

(And does so similarly to the power of an underground river)

But in reality, it is even more than that. Consider that the drawing for 工 Gōng is actually a carpenter’s ruler, and that the concept of the character 工 Gōng is used in China to symbolize that “some work was done here”. As in 功夫 Gōng Fū (Kung Fu) – skill acquired through continuous effort. So the inclusion of the component 工 Gōng within the larger drawing of Jìn 勁 tells us that Jìn is more than just a ‘power that passes through’ – it is also a power that required some previous ‘work’ to make happen. This brings us to the real and full definition of Jìn in the Chinese martial arts:

A power that passes through and requires skill to manifest

Therefore, we end up with two types of power:

Thus in the traditional Chinese martial arts we talk less of ‘power’, ‘more power’ and ‘explosive power’. What interested the people who carried on these traditions throughout the centuries were the actual qualities contained within the different powers, and what these qualities meant. Lì 力 is ‘dumb’, and is therefore limited. But Jìn 勁 may express as a concept some very advances notions of transferring energy. Hence, the use of Jìn 勁 for martial purposes is called Fā Jìn 發勁. Often wrongly translated as ‘explosive power’, but actually meaning ‘to emit Jìn‘. This issuing outwards of Jìn from one’s body to another can then take many shapes and forms. It can be Cùn Jìn 寸勁 (Inch Power) – a very short and fast explosive power issued from close range. It may express outwards as Dǒu Jìn 抖勁 (Shaking Power) – a longer Jìn that contains tremors and affects the opponent differently. Another is Làngtou Jìn 浪头劲 (Wave Power) – a mechanism that uses a waving pattern of the body, especially the spine, to generate momentum for martial applications. There could even be countless combinations of all of the above, and many more.

Imagine then how intricate and rich the traditional Chinese martial arts truly are, if mere two words as such, Lì and Jìn, can contain so much within them, and require a whole article to be understood. Think of this minor example and remember, that the traditional martial arts are beyond the technical – they are a complete cultural heritage, and ought to be understood in that fashion. 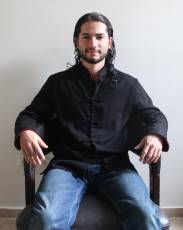 To purchuase his outstanding Book "Research of Martial Arts" please visit his Website. 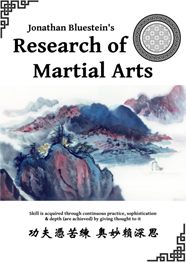 All rights of this article are and the pictures within it are reserved to Jonathan Bluestein ©. No part of this article may be reproduced or transmitted in any form or by any means, electronic or mechanical, including photocopying, recording, or by any information storage and retrieval system, without permission, in writing, from Jonathan Bluestein. Jonathan may be contacted directly via email: Diese E-Mail-Adresse ist vor Spambots geschützt! Zur Anzeige muss JavaScript eingeschaltet sein! .