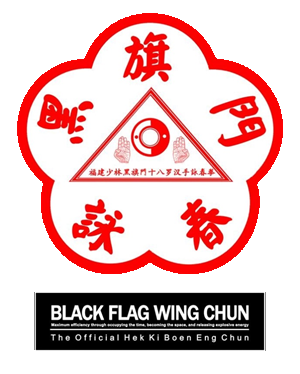 There has been tremendous success in spreading the Hek Ki Boen Eng Chun system in the United States, Europe, South America, Middle East, and Asia. Due to the rapid worldwide demand for our teachings and the success of now having representatives in multiple countries on four continents, we are proud to announce our new improved international program, Hek Ki Boen Kuntao System. Hek Ki Boen Kuntao System is the realization of Sifu Lin's teaching methods that have been perfected over the years and finalized. These innovations in training have been proven by Sifu Lin in his training of students and development of instructors worldwide. This program allows all students and Instructor Candidates to achieve basic skills within six months. All videos and materials published thus far have shown only these basic skill sets. At the end of 2011, Sifu Lin has finalized the official release of his new and improved system (proposed as Hek Ki Boen Eng Chun System) to the public. During Sifu Lin's recent trip to Indonesia from December 8th - December 20th, 2011, he had the opportunity to present his new and improved system containing a different approach of teaching methodology to the Hokkian Eng Chun Kok Sut Cia elders(Grandmasters). As of December 11, 2011, the student track and instructor track of the new system was presented to the elders and approved under the name of " The Official HKB Kun Tao System". Moreover, during the official inauguration of "The Official Hek Ki Boen System" on December 12, 2011, the elders have given their blessing to Sifu Lin as the founder and grandmaster of Hek Ki Boen Kun Tao system. Hek Ki Boen Kuntao System will be exclusively offered through The Official HKB Kuntao International Organization. HKB Kuntao System is the latest proven training methodology created by GM Lin, and the HKB Kuntao organization will put politics aside once and for all. The focus of the HKB Kuntao organization will be solely on improving students and Instructors martial arts skills and engine, regardless of lineage or background.